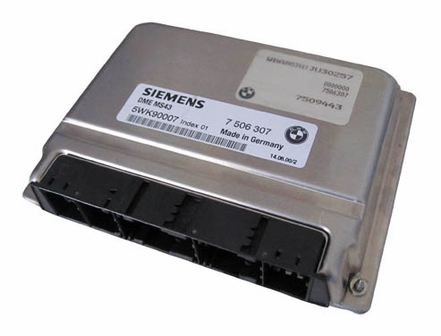 Eventually this will also be posted onto ms43wiki.com page but for the sake of leaving personal comments I’ve decided to first post it on here first. Ever since I’ve been interested in converting my cluster from analog to digital I’ve been think of the most obvious ways of pulling data off from the DME/ECU to display them digitally. We know that all cars have at least one type of OBDII standard communication whether it is CAN, K-Line, L-Line, etc identifying the protocol is as easy looking at the OBDII port on your vehicle and examining which pins are present. My BMW Z3 is running on a K-Line bus which I’ve confirmed on Torque as ISO9141-2 at 5 baud. Unfortunately for arduinos a shield supporting K-Line protocol is not as popular as the CAN BUS protocol. Sparkfun has a shield which supports many OBDII protocols including K-Line but it sells at $50 which isn’t really convincing me at the moment. Although an economical K-Line shield isn’t available for the arduino, making one using a L9637D is quite simple. The only issue is the software side which I suspect will require quite a bit of time getting the DME and the arduino to communicate with one another if library’s for the L9637D don’t exist yet.

So for this reason I’ve sticked with trying to see which one node on the CAN BUS, let it be the DME, EGS/TCU, or IKE is broadcasting the four essentials on a dashboard: Gas tank level, Speed, RPM, and Coolant Temperature. I know that the K-Line provides all four because Torque says so, but my question is: Does the CAN BUS support these? Looking through the BMW Electrical Troubleshooting Manual we find that there is indeed a CAN BUS.
. The jumper on the shield is connected so that CS_SELECT is bridged to D10. Also the baudrate from the arduino to the ECU is running at 500kbps as defaulted on the example. Connecting to the pins designated for the EGS (pins 3 and 4 on socket #2) you get the same data and the same CAN_IDs suggesting that both CAN BUS run on the same terminated twisted pair wires. Now it’s time to interpret this data and tap into the actual CAN BUS twisted pair wire on the car itself and collect data.
Furthermore I can say it’s definitely worth taking a look at this: http://www.bimmerforums.com/forum/showthread.php?1887229-E46-Can-bus-project

Once you’ve got yourself hooked up on the CAN BUS you can begin gathering data, what you decide to do with this data is entirely up to you. My purpose of tapping on this was already stated previously, I wish to display it digitally. Thaniel on bimmerforums.com has already done a tremendous amount of work interpreting data off of the E46 CAN BUS so the majority of the formulas used on the E36 will be relatively similar to those on the E46. In the mean time I’ve been gathering my own data and analyzing it to confirm the validity of Thaniel’s formulas on an E36. You can check out the data on my Google Drive of what I’ve been collecting along with an arduino sketch of what I used to grab the data. I’ve decided to ignore the specific data which is responsible for activating error lights such as ABS, SRS, MIL, etc as I will be using a different approach to determine their state. That method will be addressed further on in a different article.
Furthermore what you’ll find below is specific to my Z3 and possibly all other E36/7 series. I’ll be confirming Thaniel’s mins and maximum values for at least the four  basic pieces of information displayed on a cluster: Fuel level, RPM, Odometer, Speed, and Coolant Temperature.
On a side note: All of my data is in decimal format, Should you decide to use decimal format for your data you’ll have to take an extra step of converting to hex as most formulas require concatenating two hex values before converting it to decimal. I’ll be providing both formulas.

For decimal values: N/A Keep it as is, much easier to understand and for programming purposes. The decimal value on the CAN BUS was 49: I’m waiting to get a 1/4 reading but I can only imagine the value going down by a 1/4 factor. What I’m more interested is to confirm the value as the red light turns on. Even better when the tank is completely drained which probably won’t happen. At the gas, station, figured that the raw value would be hire than 50 but nope, with the gas tank completely filled the value is at 50. Note: Ignore the %, I was initially going to display it as a percentage. What you see is the raw CAN BUS value. Confirms to Thaniel’s research. Fuel level goes from 50 to 8 then goes to 135 when the red low indicator turns on.

For decimal values: See below Rough idle, ~800 RPM. As you can see there are three reading from 50-52 RPM which is obviously incorrect, when programming to display the data a reference will be used to discard faulty data, usually by comparing the last 2-3 calculated RPM readings. For decimal values: See below

Initially I needed more data as it didn’t seem to match Thaniel’s formula. Thanks to Thaniel’s and beesquare’s formula as of now it seems acceptable. Although I wasn’t aware if indeed I was doing 90 mph I am somewhat skeptical about this formula at the moment but I will use it until we can compare the speed side by side. Below are my reading from a sample log which I decided to graph.
EDIT: I’m getting the impression that the units for this formula is km/h since I can only recall going up to ~60 mph which is relatively close to about 90 km/h. More testing will have to be done. On the far right reads the speed, since I was stationary at the moment the reading is below 1mph/km? Which is rounded off to 0. I would have included all the data but since it’s too many to include I’ve decided to show the first couple ones. As I said earlier for now I’m only concerned for the common five readings. If I could I will include more on the display since why not more information would be nice. My next step is writing an arduino sketch to grab all five and display it on a display. More of this project is about to come in a different article.